One night, some dinosaurs decided to get up to no good. They were little, mostly cause they'd just been born, but that didn't stop them from tearing up the road and surrounding a little blue car. Dude in the little blue car is thinking, 'man, those baby dinosaurs are huge.' 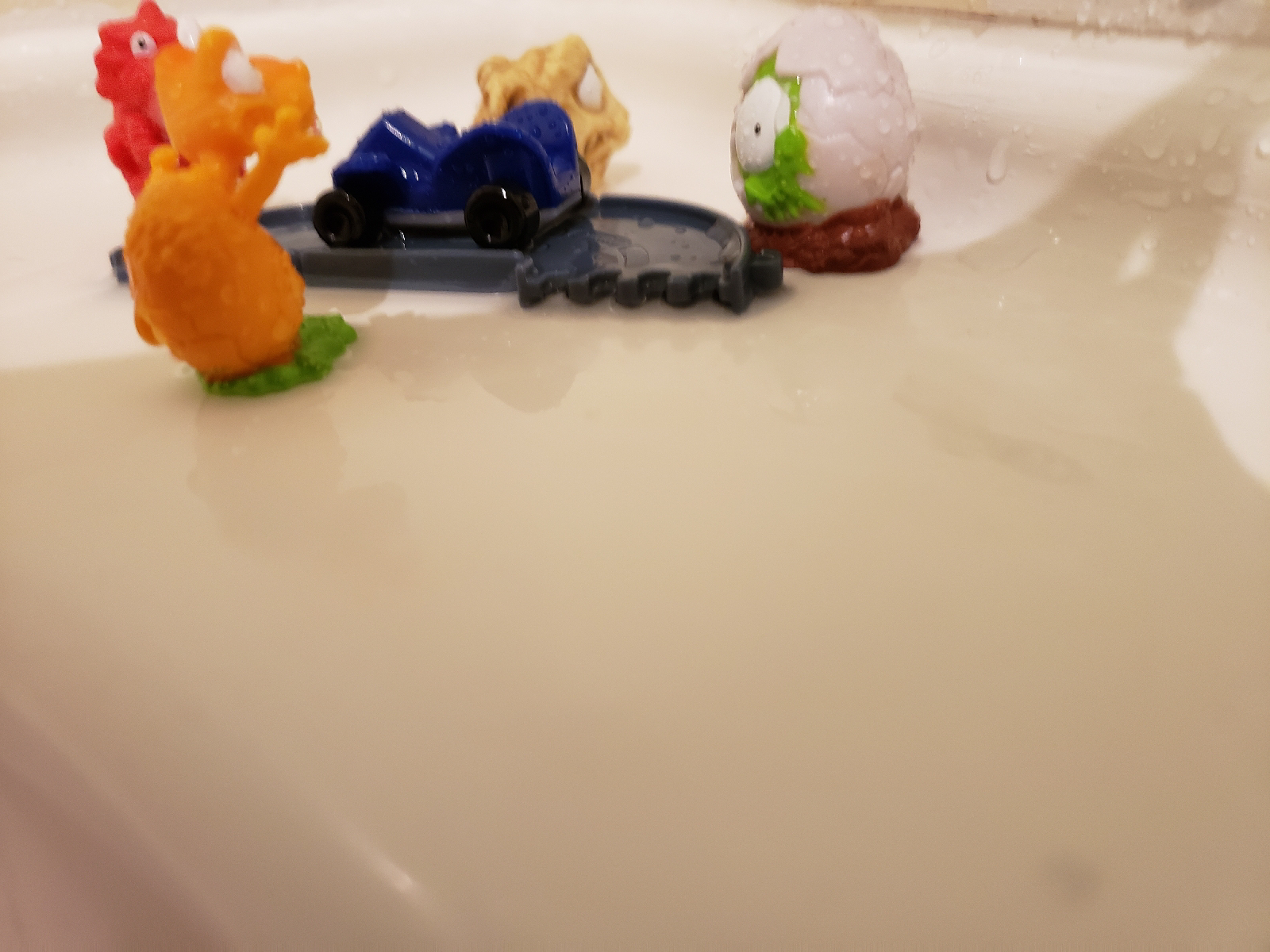 Dude called his friend Bob for help, but Bob was in the middle of a street race, which he lost because he had to pull over for a fire truck.
The fire truck was on its way, not to a fire, but to a situation that seemed to be impossible, but was true. 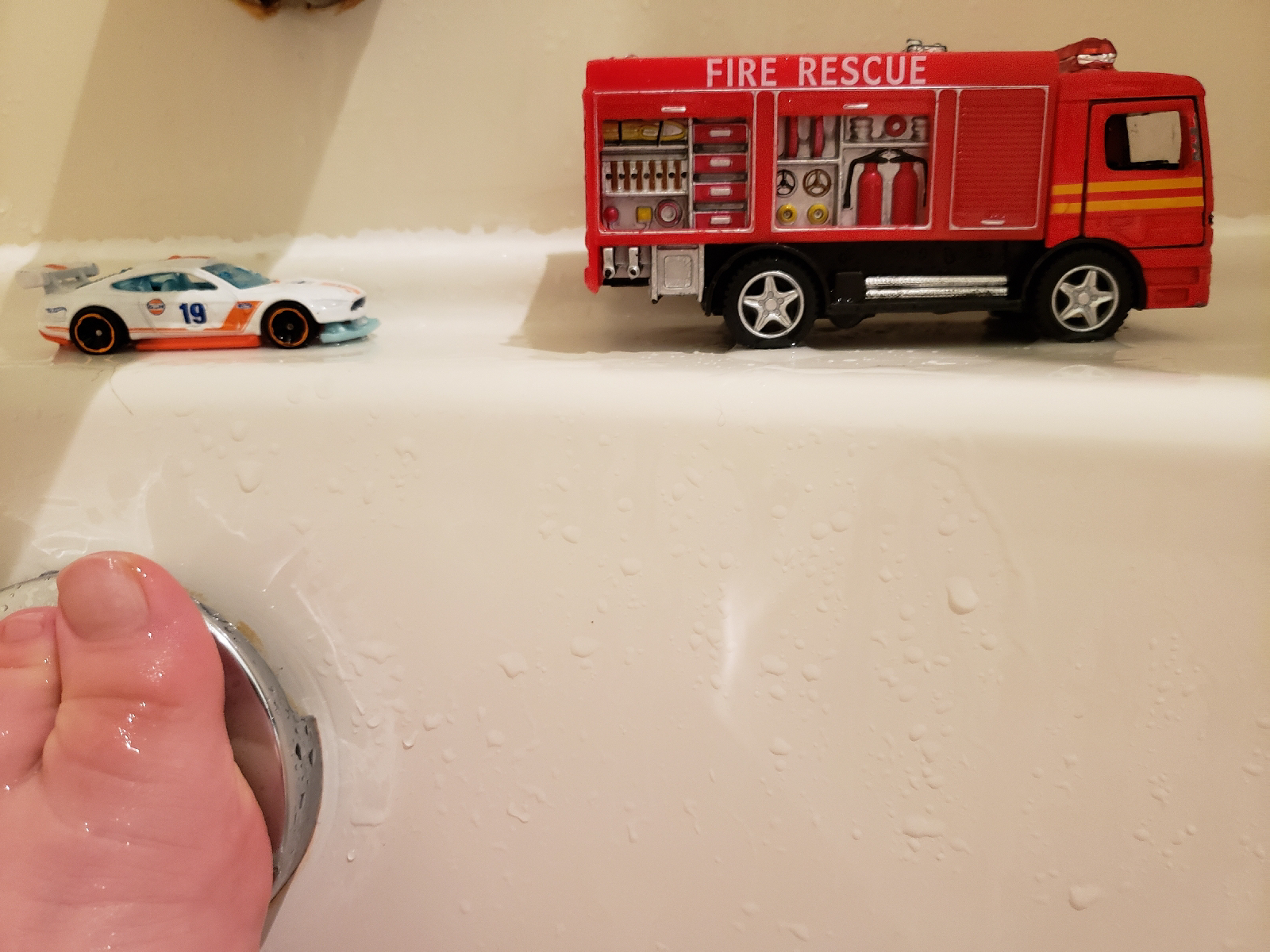 The street racers that were ahead of the pack could have come in 1st and 2nd, but they weren't paying attention, and they crashed in to an Apatosaurus. (Not a Brontosaurus. Did you know that Brontosauruses aren't a real dinosaur? Some paleontologists were in a Dinosaur Race (before the Space Race was even a thing), and Paleontologist Marsh wanted to be the next guy to name the next big dinosaur, so he presented the Brontosaurus (made up of bones from 3 different dinosaurs) before someone published that it was so similar to an Apatosaurus, which already existed, that they were the same thing.) 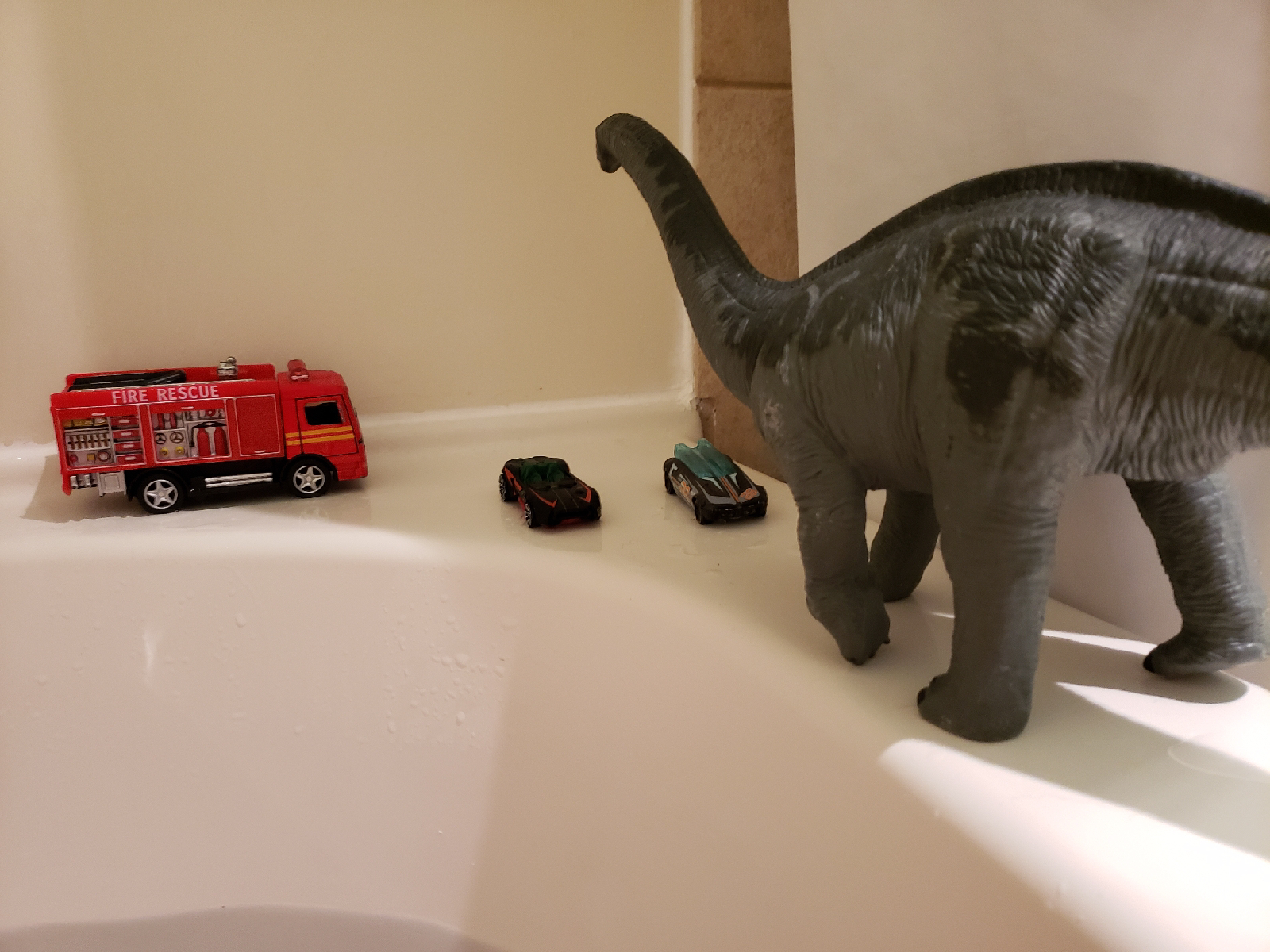 Okay, so maybe the cars crashed in to a Brontosaurus, but only as a synonym to an Apatosaurus. Or maybe it's a Diplodocus.
Regardless, the really, really big dinosaur (RRBD) kicked the street racers in to the pond. The flashing lights and sirens of the fire truck made the RRBD hesitate, but only for a moment before it side-swiped the truck in to the pond, too.
The losing street racer, Bob, saw everything, peed his pants in fear, gathered his wits together, and reversed direction as fast as he could. He wanted to pick up his buddy, Dude, from the little blue car on his way by, but sadly, well, I'm sorry to say that the little dinosaurs were up to no good, and they'd punted the little blue car in to the pond, so Dude was on his own. Even Bob was having a tough time of it because the road around the pond was a loop, and there was no way off of the loop unless you went in to the pond or off a cliff, and the RRBD was chasing him.
The only one who got away unscathed was the sticky bot. Because well, he was a sticky bot, and he could go anywhere so long as the surface was smooth.
Good thing this particular pond had smooth walls above it, and not the rough stony walls that so many ponds did. 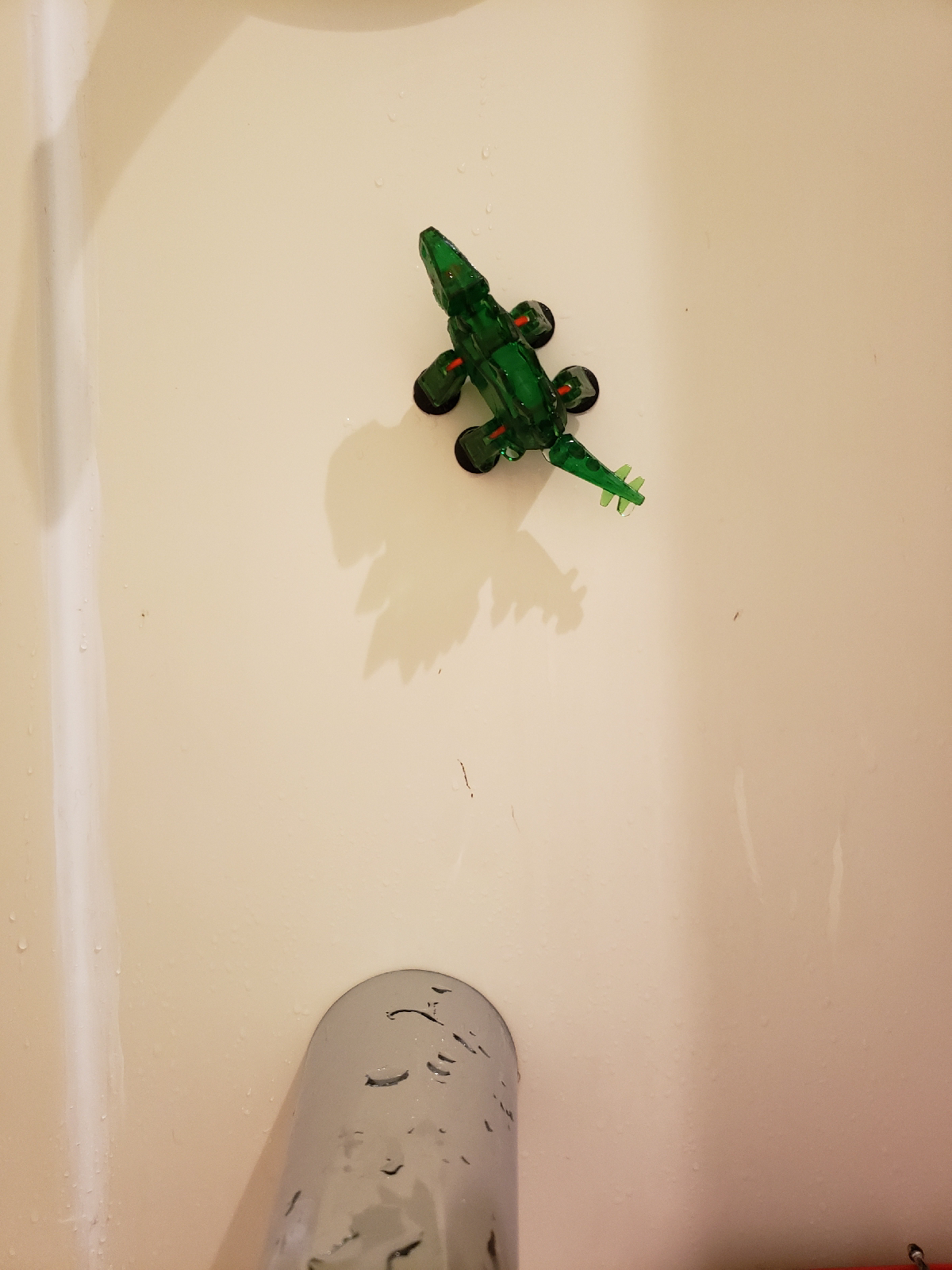 Email ThisBlogThis!Share to TwitterShare to FacebookShare to Pinterest
Labels: Mommy Got to Have a Bath